The Forum des Images: past and present
In 1988 the Vidéothèque de Paris, ancestor of the Forum des images, opened in the heart of the underground shopping area of the Forum des Halles as part of City Hall's urban planning project to "add a touch of soul" to the mall. Since then, under the presidencies of Pierre Tchernia (1993-2008), David Kessler (2008-2009) and currently Marc Tessier, it has taken a prominent place in the cultural and urban landscape of the capital and has become influential through its strengthened missions and revitalized activities.

Originally created by the poet Pierre Emmanuel and designed by architect Paul Chemetov, the Forum des Images was intended as an audiovisual memory bank of Paris. The institution began by bringing together a collection of films about the city shot as early as 1895 with the greatest possible variety of origins, genres and media. Features, shorts, fiction films, documentaries, advertisements, television programs, amateur films, institutional films … each had its place in the collection.

Conceived as a place for "public viewing," intent on providing easy and immediate accessibility to its exceptional audiovisual collection, the Vidéothèque de Paris had a viewing room where all films without exception could be watched at all times. It was the first completely automated videotheque in France to offer easy accessibility to such a large audiovisual collection. Thanks to its avant-garde equipment, each visitor could view the work of their choice on an individual screen. It was such a success that the number of screens was quickly increased. And while the Internet was still in its infancy, all film details were accessible via France's public-access information system, the Minitel––a rare fact at the time. For researchers and for the general public, offering such services was a revolution.

… and an immediate success

The idea of compiling and organizing Paris's audiovisual memory bank, and offering in counterpoint an eclectic selection of films and events, quickly caught on. The project was such a success that what was originally destined for parisians alone quickly spread beyond the capital thanks to the variety of public transportation options serving the Forum des Halles. Dynamic and inventive, the Vidéothèque de Paris broadened the scope of its activities beyond the Parisian themes and began offering an exploration of all types of film documents, and in particular contemporary creations.

As the Vidéothèque confirmed its showcase status for all cinemas, the institution's identity evolved and it widened its film catalogue, activities and critical orientation. A name change seemed a natural outcome and thus the Vidéothèque de Paris became the Forum des Images. Bringing people together, stimulating debate, encouraging relations between industry professionals and the public and developing film literacy, the Forum invited visitors to look at the world through the eye of the camera and through the eye of the filmmakers of today and yesterday.

With its increasing popularity, especially after the year 2000, the Forum des Images welcomed up to 340,000 visitors a year and became a technological and cultural reference locally, regionally and nation-wide. But after 17 years of attracting crowds, renovation work was in order…

2005: the Forum des Images during alterations

During three years, the Forum des Images experienced a radical transformation and prepared to shed a new skin. While its theaters and office spaces were being renovated, it relocated its eclectic and original activities to Parisian venues and theaters such as the Max Linder, the Arlequin or the Pompidou Center.

After three years of renovation and 7.6 million euros in city subsidies, the Forum des Images and its redesigned space resumed their dual activity of preservation and programming. Having enriched its collection with the works of young filmmakers and works absent from mainstream distribution, the Salle des Collections became once more a pioneer in France with close to 5,000 hours of film transferred to digital format. The institution also joined forces with the movie complex UGC Ciné Cité Les Halles and the François Truffaut Library of Cinema to create a cultural pole turned toward cinema inside the Forum des Halles, on the Rue du Cinéma.

Always ready to take on new technological developments and movie-going practices, and ready to adapt to the audience's desires, the Forum des Images clearly has a modern approach: It is turned toward world diversity and the future.

The Forum des images is opening France’s first TUMO Center for Creative Technologies for 12 to 18-year-olds.
TUMO Paris is an innovative and free extracurricular educational program developed in close collaboration with TUMO Yerevan in Armenia, and with strong support from Paris City Hall.
Starting mid-September, TUMO Paris will be giving you access to new creative image and digital technologies. Come and join us after school at this new site within the Forum des images, in the Les Halles neighborhood of in Paris, to learn and develop your skills across eight distinct areas of creative technology: Filmmaking, Animation, Game Development, Music, Drawing, Graphic Design, 3D Modeling and Programming. Learn how to create and hack the world in a specially dedicated space!
Year-round, specialized educators/coaches will guide you through a personalized course, with globally-recognized professionals hosting a range of workshops that offer creative and technological activities. 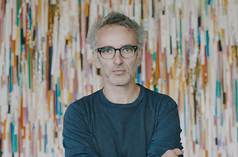 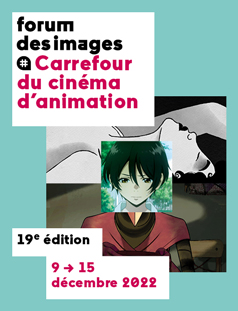 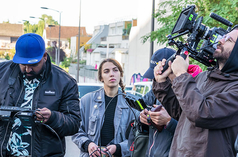